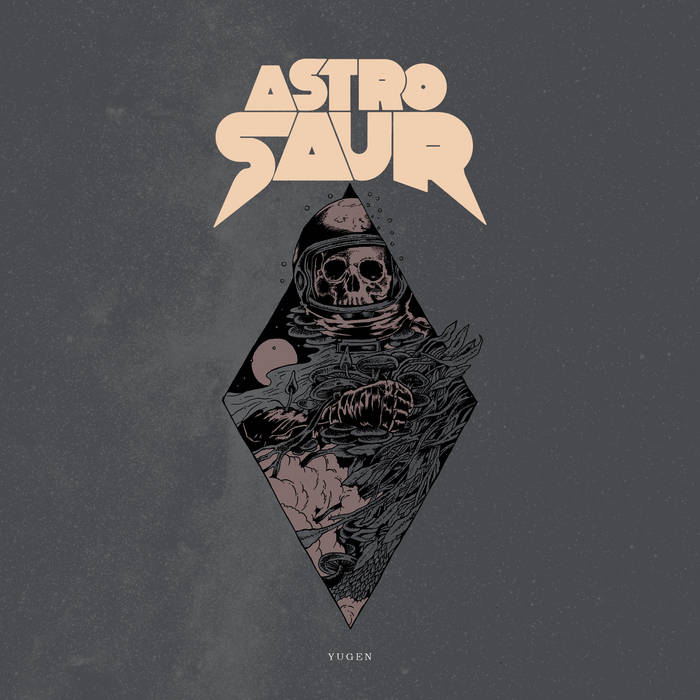 Astrosaur’s sound can be described as a mixture of progressive, stoner and jazz rock. The single Yugen was written in 2015 and is the last track that was written for the forthcoming album. The song is made up of two different motifs that are treated thematically, and the arrangement is based on the idea that Astrosaur consists of three equal instrumentalists, who together constitute a larger unit. In the bridge for instance, one can hear the bass take over the role of the melody, and the guitar adopting the role of the bass. During the spring of 2017, Astrosaur will release their debut album on the label Bad Vibes. Oslo based Astrosaur is made up of Eirik Kråkenes (26, guitar), Steinar Glas (26, bass) and Jonathan Eikum (25, drums). All band members studied at the Conservatory of Music in Kristiansand, and are also involved in other projects such as Einar Stray Orchestra, Leprous, Heigh Chief, Mhoo and Mads With.

Licensed from Astrosaur to Bad Vibes. Distributed digitally by Phonofile and Bandcamp.

Produced in 2016 by Astrosaur