Fade In // Space Out 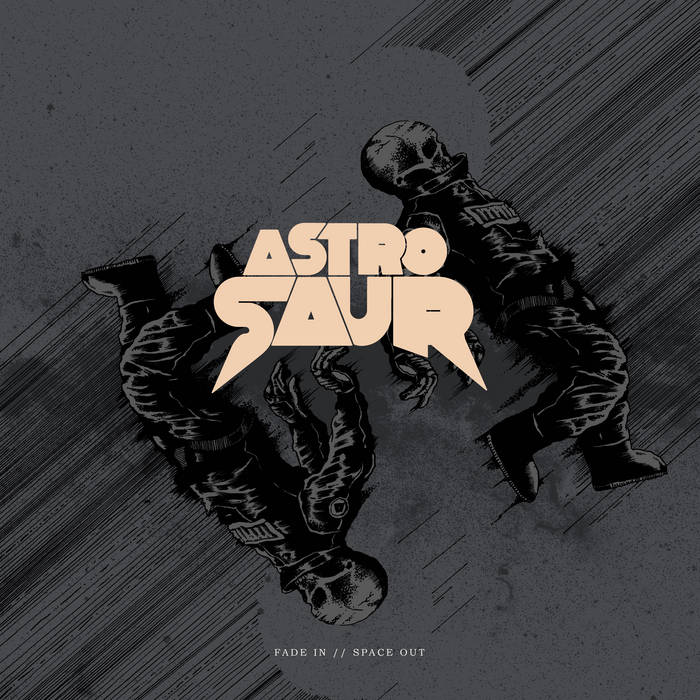 Kratzwerk_private Never stop it Favorite track: Fade In // Space Out.

Oslo based Astrosaur is made up of Eirik Kråkenes (26, guitar), Steinar Glas (26, bass) and Jonathan Eikum (25, drums). All band members studied at the Conservatory of Music in Kristiansand, and are also involved in other projects such as Einar Stray Orchestra and Leprous to name a few. Astrosaur's sound can be described as a mixture of progressive, stoner and jazz rock.

Astrosaur says this about their instrumental trio format:

“The trio format of guitar, bass and drums facilitates a lot of musical freedom. We love filling the room with loads of amplifiers, furious effects and huge drums and just push the boundaries for what we can do with our instruments. It’s fiercely liberating. No matter how you organize your band, the singer will always be the one who gets the most attention. It never fails. The instrumentalist’s most important task is to back the singer and at no cost come in the way of the lyrics or melody. In Astrosaur, we wanted none of that. We wanted to be in a band where every member is equal and where the music can speak for itself, so we didn’t want a diva. In Astrosaur we can all be divas.”


The songs found on “Fade In // Space Out” was originally written to be performed together as a live set. The idea was to create a 60-minute sonic journey through space and time, including several different styles, moods and emotions, while still preserving the feeling of a whole throughout the concert. Many of the songs include musical hints or references to other songs on the album. Furthermore, the setlist - or rather - the tracklist, was carefully put together to facilitate a clear narrative, with ups and downs like any good story. When it was time to make a record it was only natural to take this concept further and make it fit to the album format. This is partly also why Astrosaur recorded the album live.


“Instrumental music can open up for atmospheres that might not be possible with lyrics. We want to make music that forces you to take part in an epic, cosmic journey to the stars and beyond. Music that spits you out on the other side one experience richer.” - Astrosaur

Licensed from Astrosaur to Bad Vibes. Distributed digitally by Phonofile and Bandcamp.